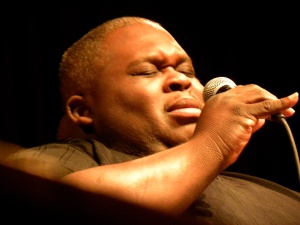 Robert Robinson is a two-time National Karaoke Champion and was once referred to by the Minneapolis Star Tribune as “God’s Canary.” He is known throughout the Twin Cities for his work with community choirs and gospel groups.

Robert’s talents have put him on the stage with Aretha Franklin, Bobby McFerrin, Kenny Loggins and Lori Line. But it is his heartfelt vocals that make him stand out from the rest.

Lullabies from the Heart includes favorites of Robert’s from past and present, each sung with unending passion and finesse – you won’t believe your ears.